Martin Luther King Jr. once uttered the words "I have a dream." Well, we here at Mike and the Mad Blog also once had a dream. Unlike Dr. King however, our dream was a bit easier to ascertain - to create a community where fans of the Mike and the Mad Dog radio show could turn to for clever and interesting commentary on the personalities that are Mike Francesa and
Christopher Russo.

Initially, we would like to say that we succeeded in doing so. One commenter at a time, we slowly built up this blog and even garnered some legitimate recognition across the web-o-sphere. We received a plug for the blog on air with Chris Russo. We got an exclusive interview with Neil Best when rumors of the break-up dominated talk. We had Mike and Chris breakdown Wilt's 100 point point game and last year's American Idol Finale. We had the Babe Ruth of body language experts analyze one of Mike and Chris' heated arguments over the bathrooms at the old Yankee Stadium. We turned to our good friend Colonel Nathan Jessep from time to time to make sense of the Mike and the Mad Dog landscape. There was the infamous and the Bucket List. We persevered through the end of the Mike and the Mad Dog era. We suffered with everyone through the start-up of the Mike'd Up era. We're still not sure what the new bells and whistles are, or whom the talent is. We tried our best to follow Doggie on a National level. As boring and bitter as Mike Francesa has been post break-up, Dog has been every bit as irrelevant, often trying too hard to cover too many events.

We invited a few new commenters to contribute as life got in the way for us. In short, it's been a memorable and interesting journey. But all good things must come to an end. For us, the writing has been on the wall for the past few months. This blog has become something less than what we once created. And because of that, we feel it is time to shut down. Kbilly and
Awesome Sean, thanks for writing fresh material but it's time to take back the keys to the car. And since we are still tied up with life, we are going to be shutting down the site for good.

We would like to thank everyone who has visited this blog and has enjoyed the insight we have provided. Consider this a farewell post. We'll leave the comments section open for the day and then we will be shutting it down. 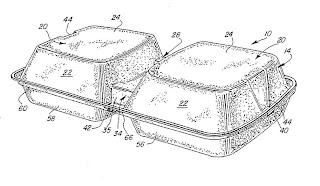 Anyone remember the McDonald's McDLT from back in the '80s? "Keep the hot side hot, and the cool side cool." Well the Yankees are the red-hot burger and bacon side and the Mets are the ice-cold lettuce and tomato side.
In NFL, the talk will be be about rookies. Mark Sanchez is the next Joe Namath. The Giants' WRs couldn't catch a cold in a polio ward, except for Hakeem Nicks.
But of course Mike is off this week, so its Joe and Evan for ya. Not sure if Dog is in this week, but he seems to take less time off than the Fat One.
Posted by KBilly at 8:25 AM 14 comments: 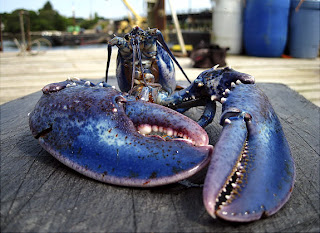 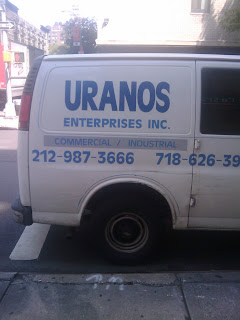 I know it is juvenile and that Gman26 or FTLT will probably delete this post, but this van is parked on my block right now. I couldn't help but snap a picture and send it to everyone I know. That includes you folks. Enjoy.
Posted by KBilly at 10:02 AM 11 comments:

Not for driving from a strip club with, what was it again, Henny? No, for giving Mike 5 1/2 hours of free airtime to do nothing but bash him all day. Let's just see what he did wrong, shall we? Bear in mind, Mike GUARANTEED he'd be in the 'pen by August. Remember that folks. All season long he, "Mark my words" this and "I'm telling you right now" that that he'd be pitching the 8th. For some reason, Mike doesn't like Joba outside of 2007 Joba. He wants Joba to be the heir apparent so badly that he's not even happy when the kid goes out there and pitches well. Oh Joba, you've really done it this time...Let's just see:

Oh Joba, do yourself a favor tomorrow and keep it tuned to 1050. I'm sure Michael Kay and SP40 will have plenty of glowing things to say about your performance. Keep it off the FAN though. Mike is coming for you.
Posted by Anonymous at 7:31 PM 5 comments:

They just showed a split screen with Tex and ARod. Morgan babbled about weight shifting and front feet while showing why ARod hit one out and Tex popped up. First, it's one AB out of 600. Next, ARod is built like a NYG LB. Holy hell that boy is big.

Well, I think that truly defined the Mets season. Bruntlett goes 10-10 and turns a triple play to end this game. Mets catch a break when the dreamy Chase Utley took a break and his replacement played like Robbie Alomar on steroids.

So, whatever. 10 games under and everyone should be put on waivers.

For Big MiKe tomorrow he can talk about the Mets "luck.". Plus, the series in Boston. Weird so far, no?

For me, I'll take Beckett to keep those Yankee bats asleep. I guess he's -6 1/2 or so but I have yet to check.

PS - KBilly, we just effing with you and your horrible taste in music. Chill out.
Posted by Anonymous at 1:14 PM 9 comments:

BEST OF MIKE AND THE MAD BLOG

*This list was started on 7/7/08. Any submissions before that will not be counted. If you hear a player get added to this list, please let us know at mikeandmadblog@gmail.com

Mike and the Mad Dog Glossary

Be careful: Mike and Chris' way of telling sports fans not to fall in love with a player or team ("Be Careful about falling in love with Pagan")

This whole notion: When Francesa or Russo declares something to be fact when in actuality, they are making it up themselves ("This whole notion that Mike D'Antoni is going to make the Knicks a playoff team is a joke")

Pipe Down: Russo's way of telling a player to shut up ("Pipe down there Figueroa")

Tricky Spot: This really means an awkward position. For example, Ian Eagle running into Marv Albert at the Garden. Or I'm sure that the Giants last game of the 2007 was a tricky spot. "Coughlin wants to get ready for the postseason but you have to try to end the Patriots' undefeated season. Tricky spot, Mike." And for clarification. This phrase is used primarily by Russo.

First time, long time (this term is announced by a fan calling to the show, who has been a long time listener of the show, but is making his first ever call in - hence, first time (caller), long time (listener)

I can't go too crazy - This is a Mad Dog special. Dog uses this phrase to throw cold water on enthusiastic callers("I can't go too crazy about the D-Rays in May. Talk to me in September.") or admit that he doesn't have strong feelings about a subject("I can't go too crazy about the Olympic torch protesters.").
A-Game - This is Mike's new terminology that he applies to a Yankees win in which the starter goes 7 innings, Joba pitches a perfect 8th and Mariano closes it out. "The Yanks need an A Game tonight."
Bad Job: This is Mad Dog's way of criticizing something. It can be applied to players, coaches, general managers, fans - even networks, as in "That's a bad job out of NBC on the Derby Broadcast."

The whole bit - Russo's phrase when he is alone and wants to keep the conversation moving along. Without Mike there to add any details, Russo will use 'the whole bit' to sum up a person or issue. 'Selig will make it into the Hall of Fame. Steroids, the whole bit.'

Mike and the Mad Dog Photos

Mike and the Mad Dog Photos

On Location (yes, the show does sometimes travel forcing the duo to sit awkwardly next to each other)

Russo going off on Pacman Jones, one of the classic rants in show history (see Video section for link)

Mike and the Dog Photos

Posed (notice Francesa has to be slightly more upfront and center)

Mike and the Dog Photos

At work (the traditional YES split screen - Dog on the left, Francesa on the right)

Mike and the Mad Blog Links